My first experience as the music promotions intern at WHUS was a bit of an adventure to say the least.

When I got to the door, my name was nowhere to be found on their so-called ‘list’ but after a quick FaceTime call with our awesome music director, it became clear that I was on the list, I was just looking at the wrong venue.

The show was opened up by the Districts. They were a super charming group, and I was even more charmed when they reminded the audience to vote on November 6—a civic duty that is important to me. They were clearly having a lot of fun and their energy seemed to resonate with the audience who reciprocated the love. They ended their set with the lead singer leaping into the audience and crowd surfing, which was super fun to watch.

When Hippo Campus finally came to the stage, I think one of the things that really made the whole show amazing was the lighting. The changing and flashing colors included everything from shimmering golds to fiery reds and beautiful purple hues. For me, this just added to the ambiance of the show and really gave it that extra ‘oomph’.

As for the band’s actual performance, they were absolutely delightful. The lead vocalist and guitarist, Jake Luppen, carried an amazing chemistry with his fellow band members as well as the audience as a whole. He had a goofy grin the entire time and his eclectic dance moves made everyone in the audience feel the urge to groove along.

The band as a whole had great synergy and felt in sync. They opened up with “Bambi,” one of their most popular songs from their newly released album titled the same and their contagious energy made me want to put away my camera and dance along with them.

Another great part of the night was Decarlo Jackson, the band’s trumpet player. He was absolutely amazing and inspired cheers from the crowd every time he came in with his trumpet. One song that really struck me was the band’s performance of “Monsoon,” a more mellow tune. The lights dimmed and the audience quickly quieted for a riveting performance of the song. Although it was one of their slowest songs, it was amazing and the audience seemed to respond well.

Another song that rattled the venue was the band’s performance of “No Poms.” When the first note of the song played, everybody went absolutely crazy and the whole venue seemed to come together as one. Overall, Hippo Campus is even more amazing live than they are to listen to.

If I had to pick one word to describe the show, it would be electric. The feeling in the room was unexplainable, which was what made the show stand out for me. The energy of the band bounced off of every single person in the audience and that made the night electric.

All photos taken by Mar. 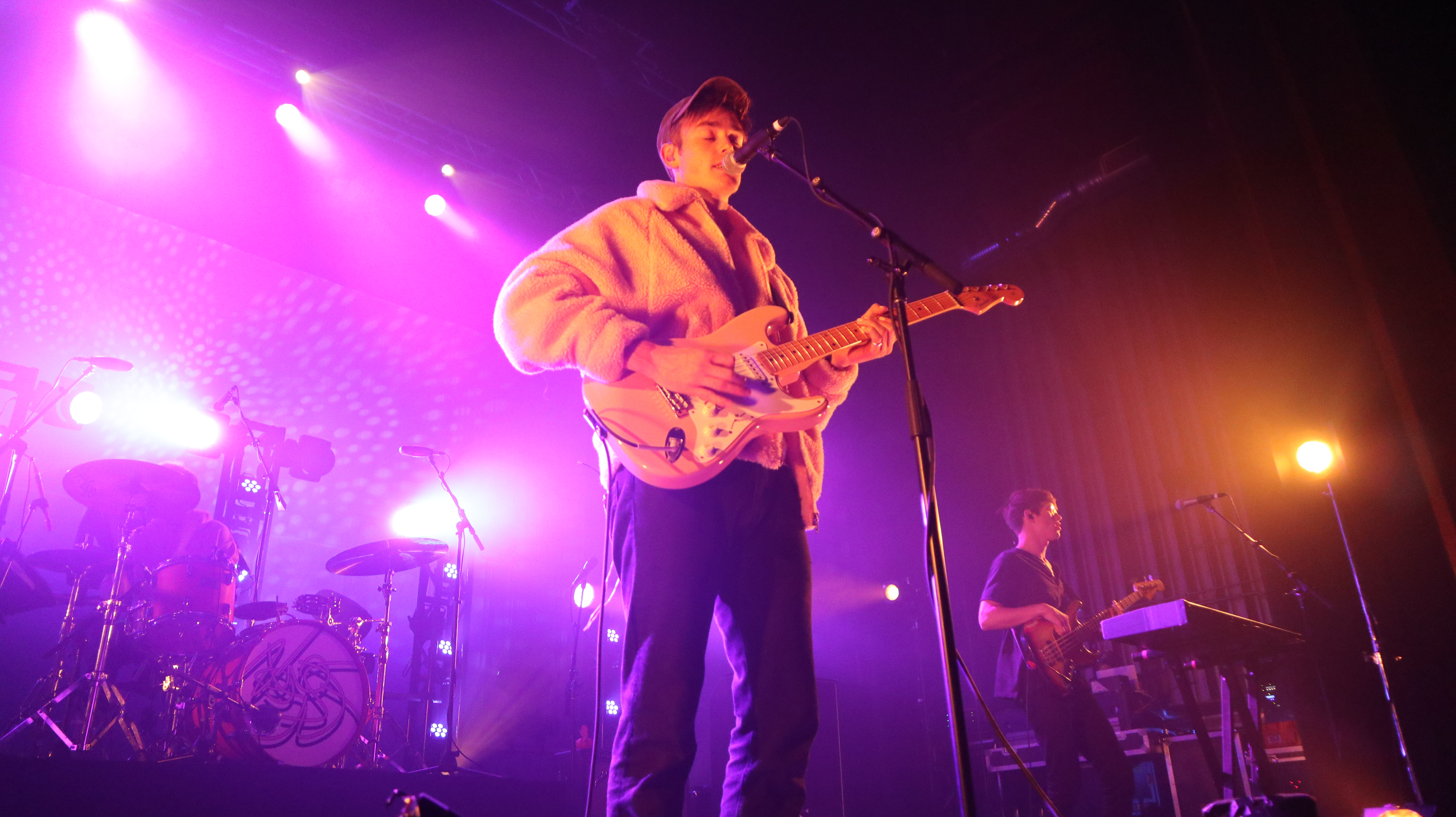 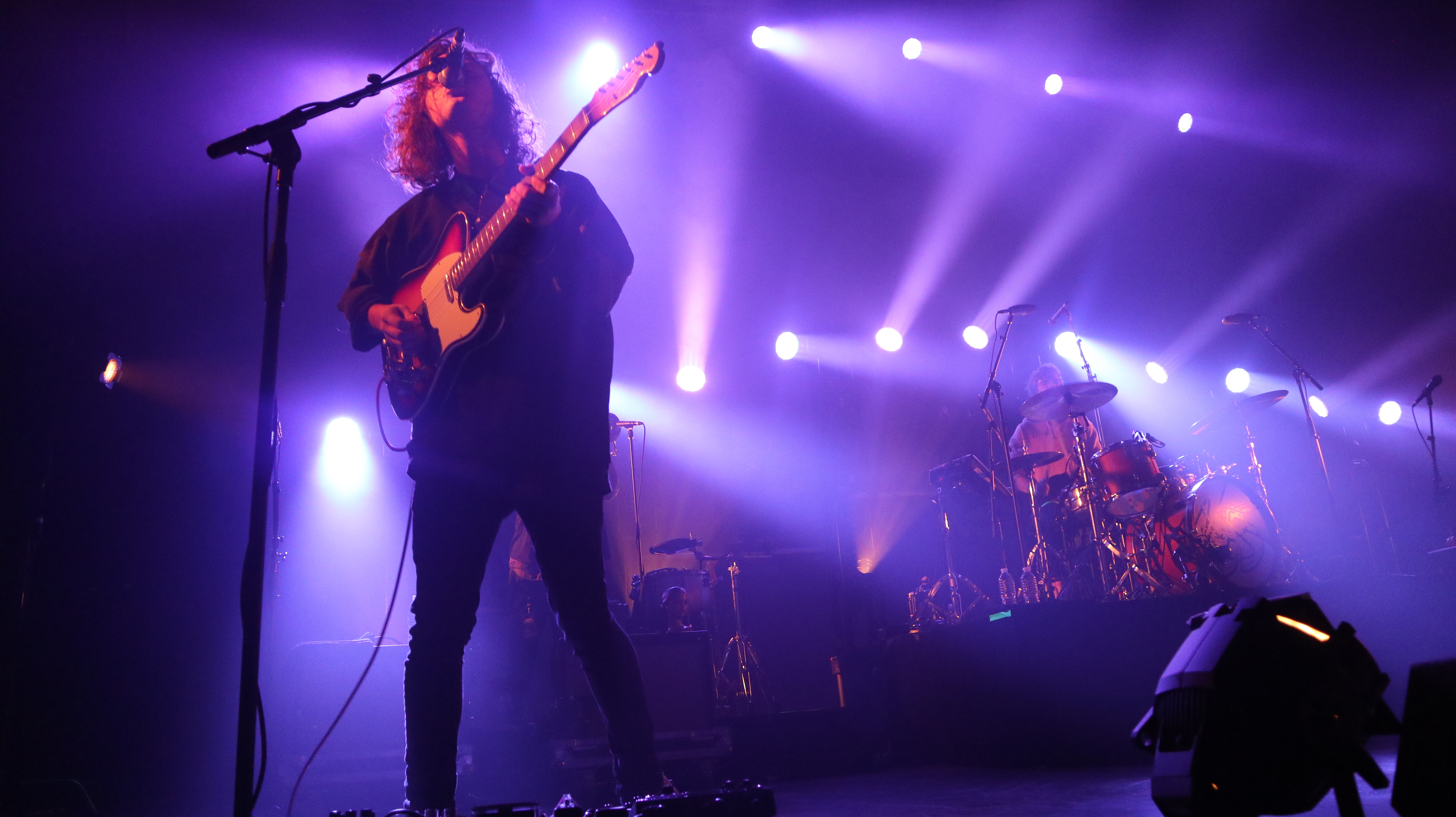 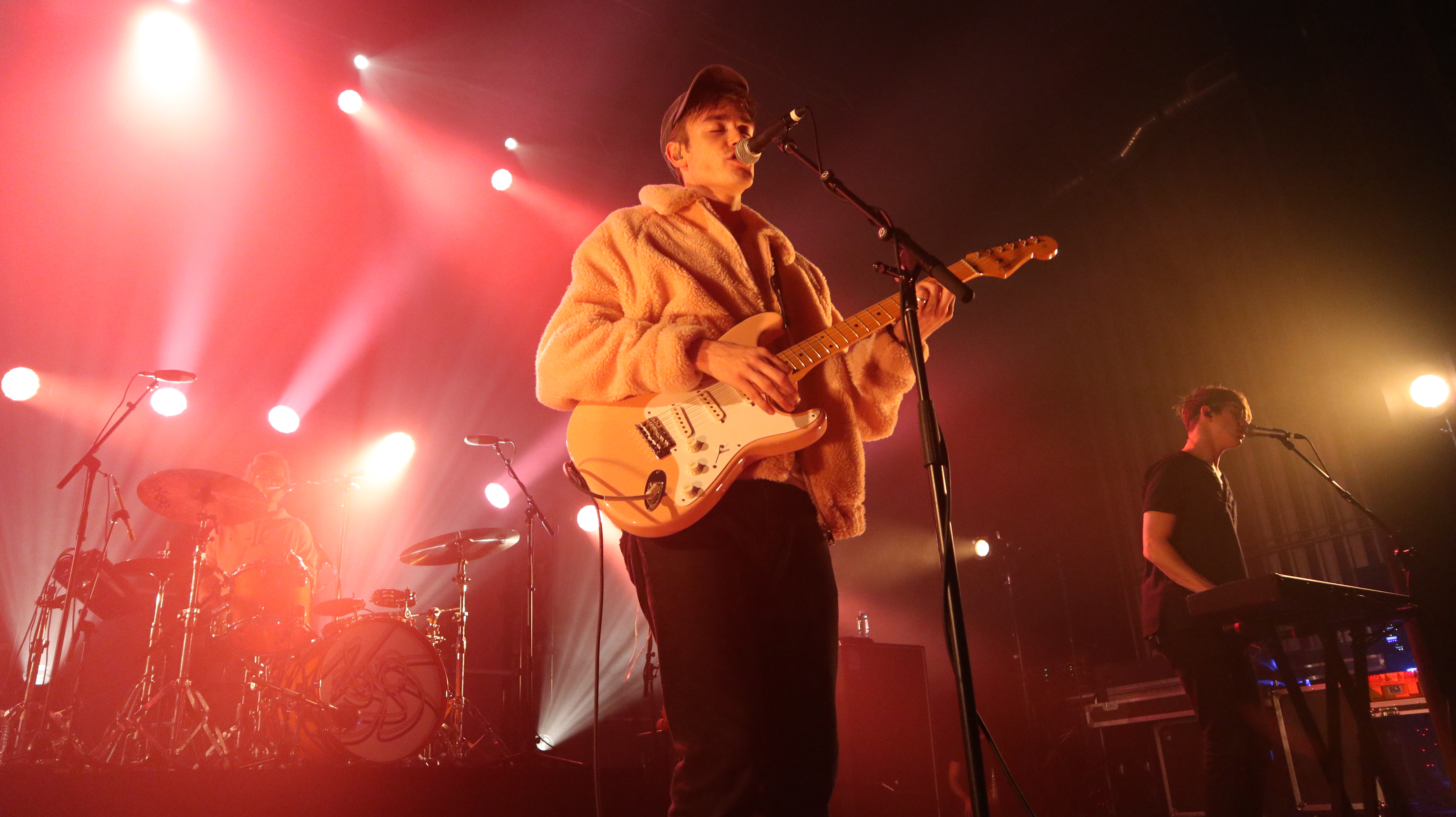 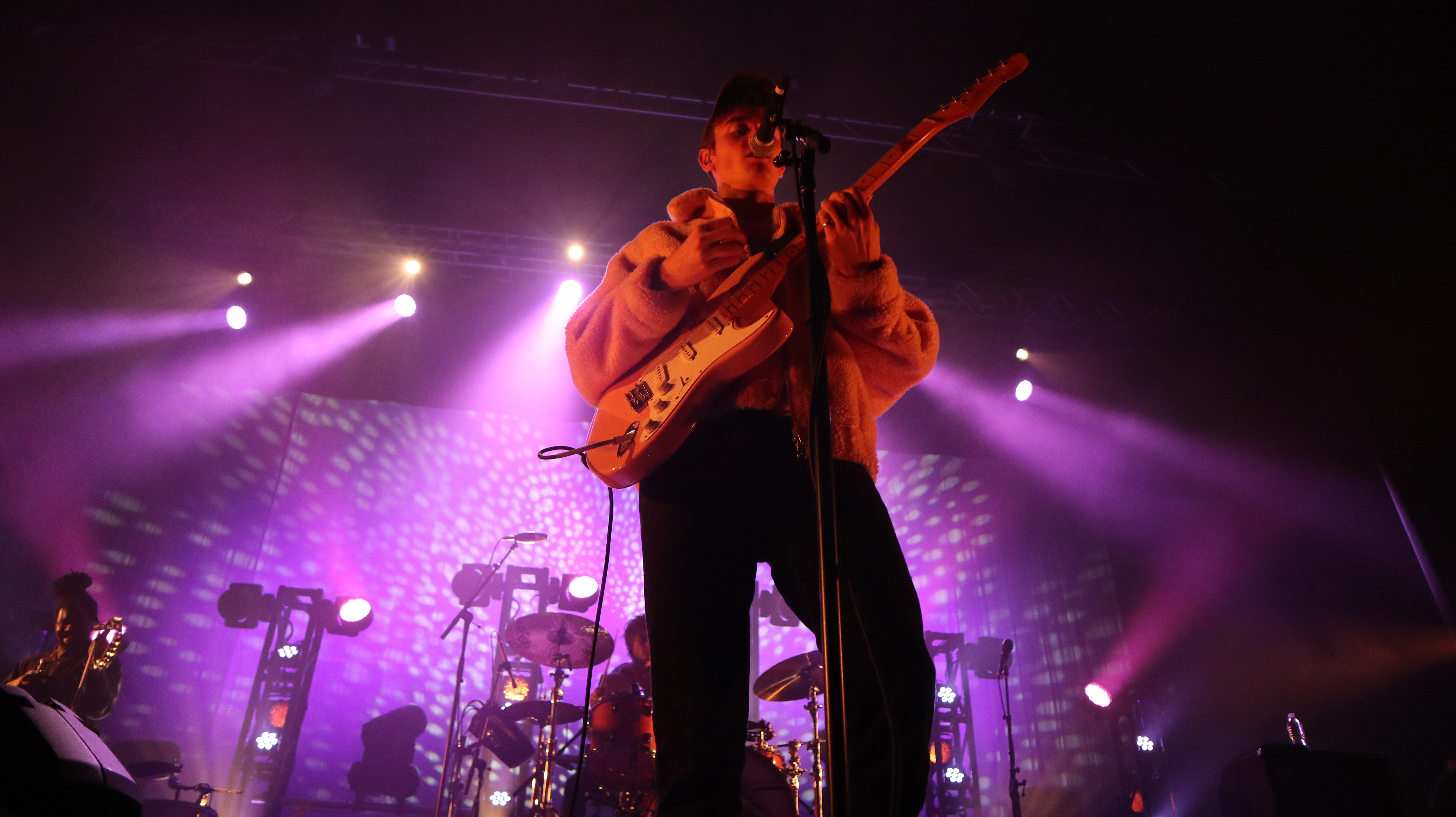 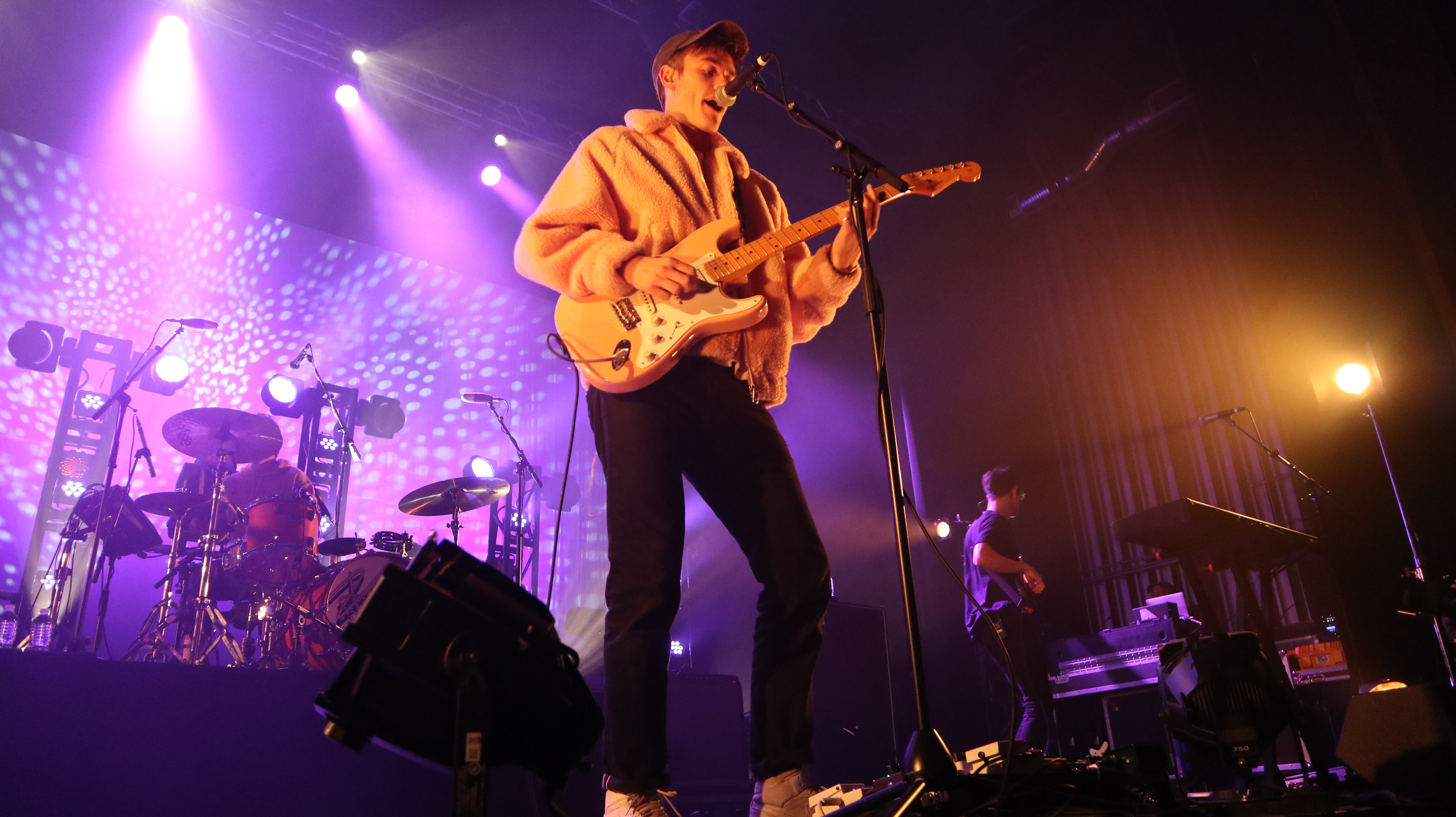 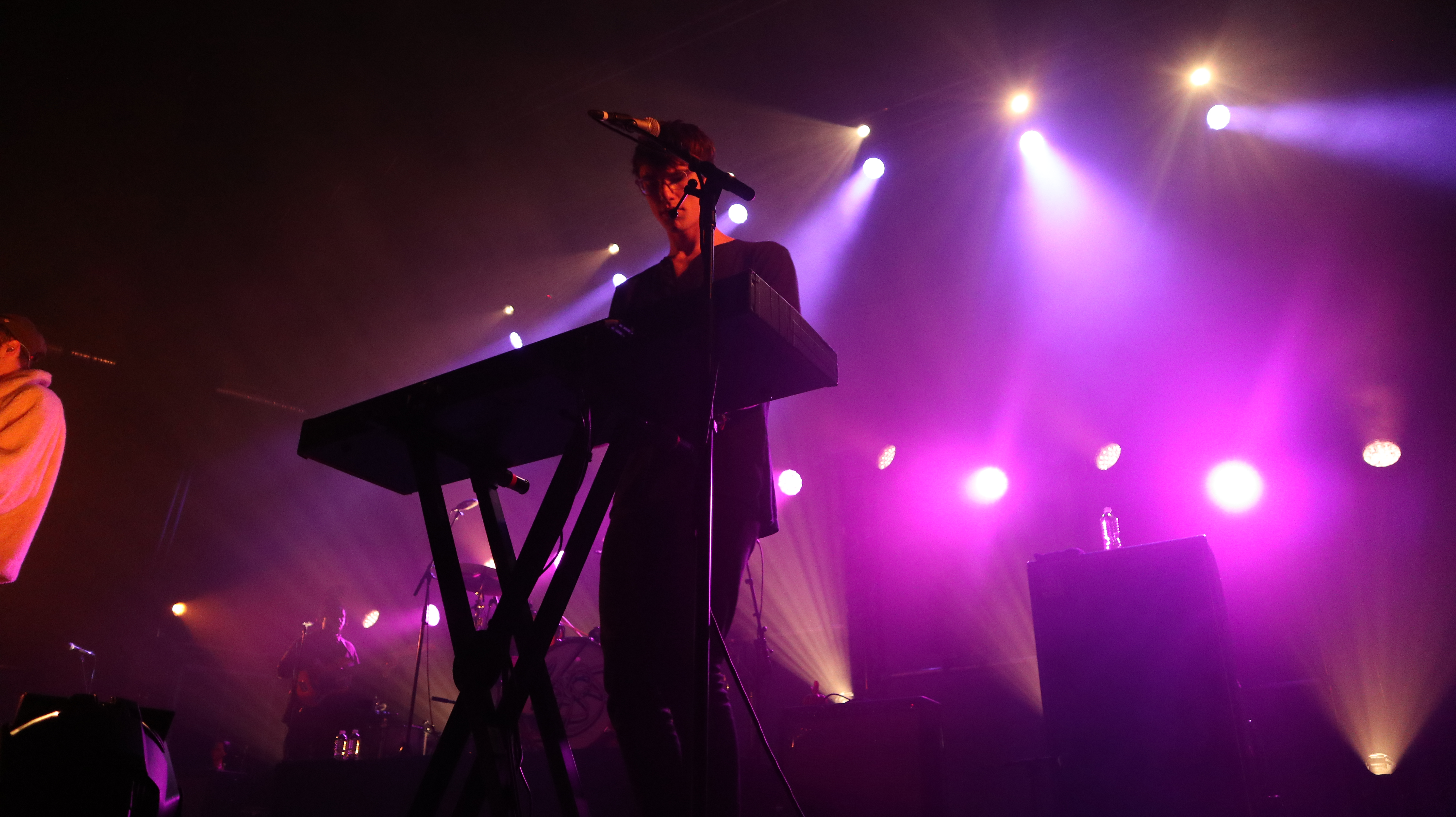 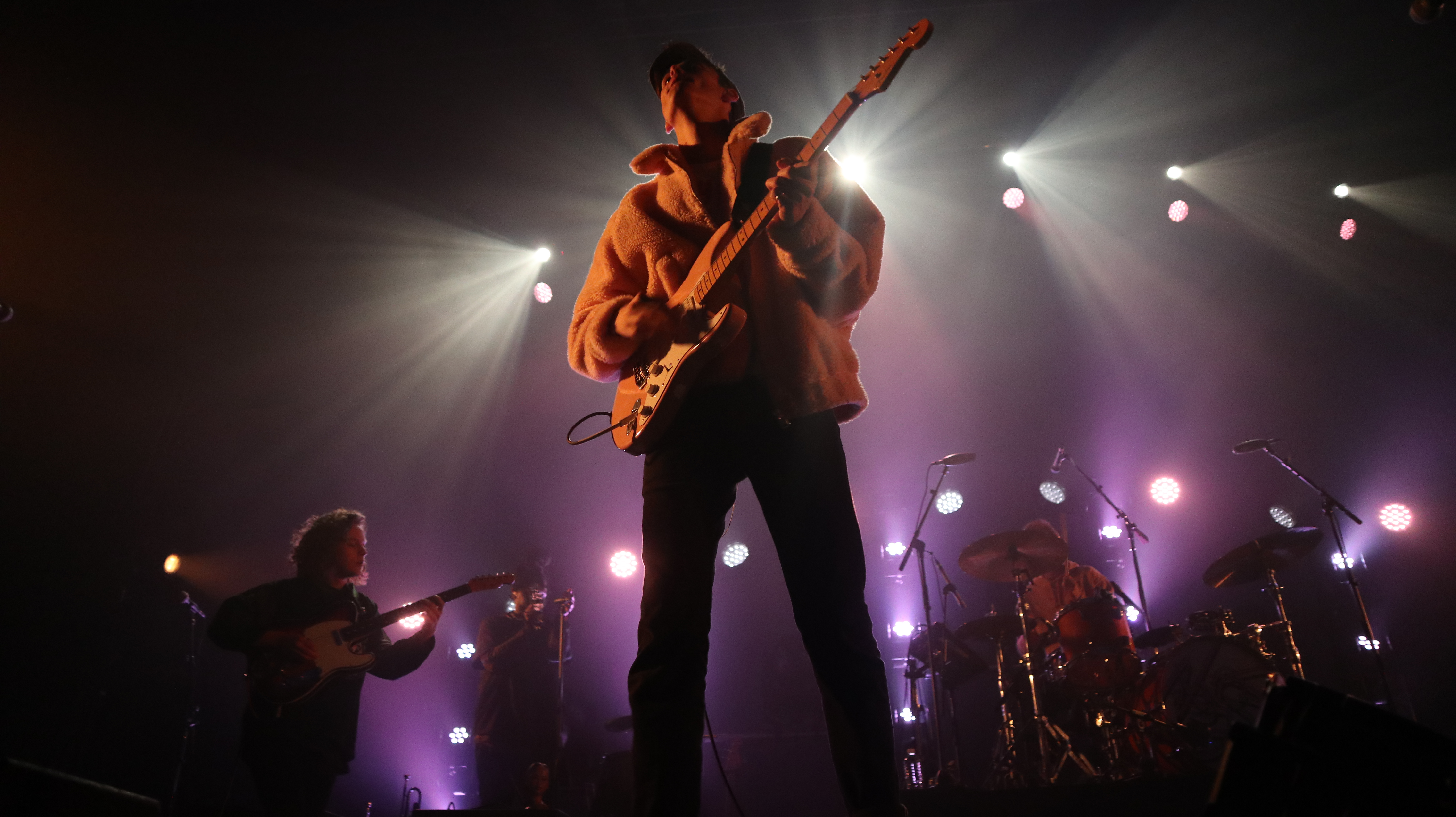 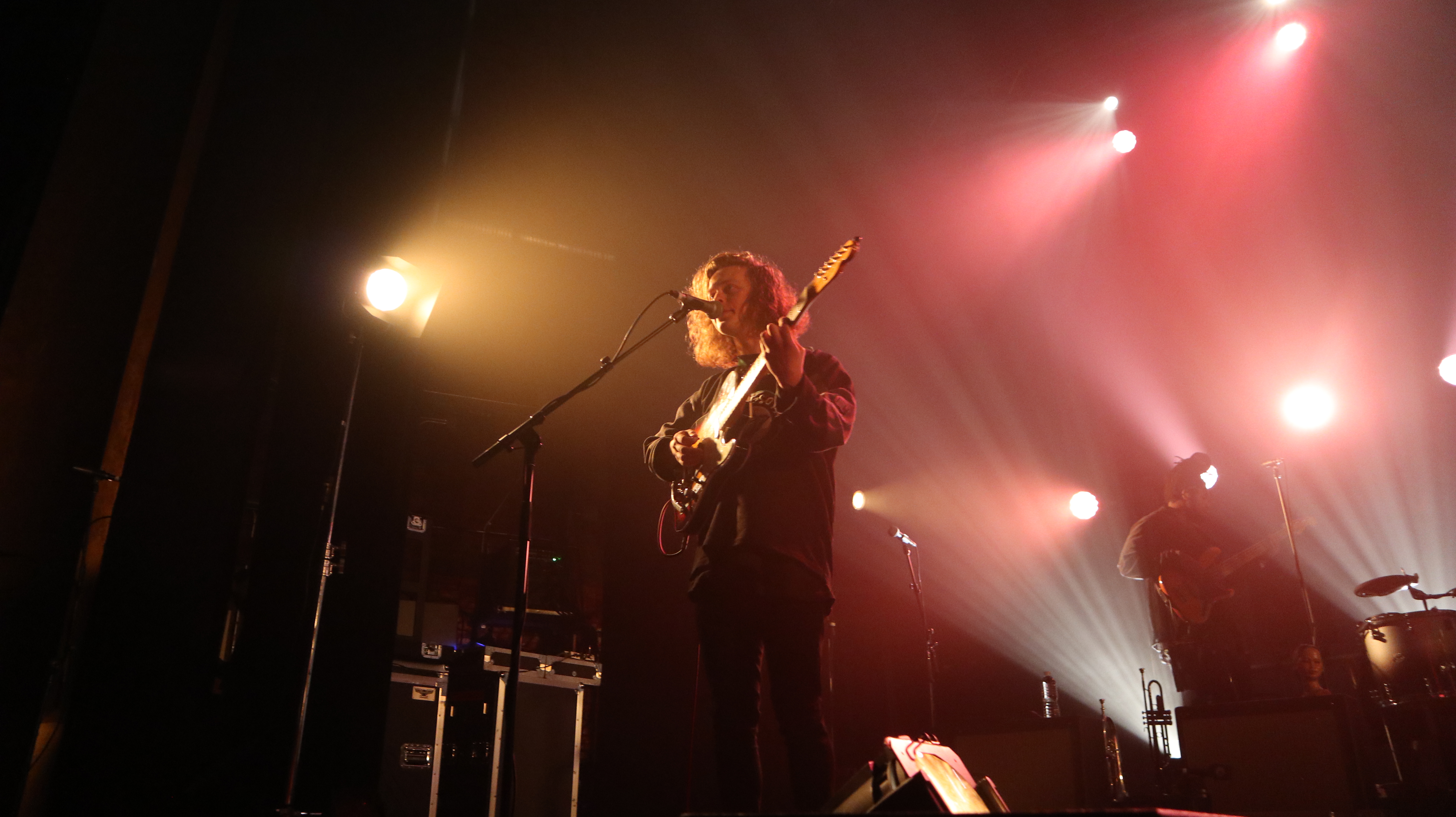 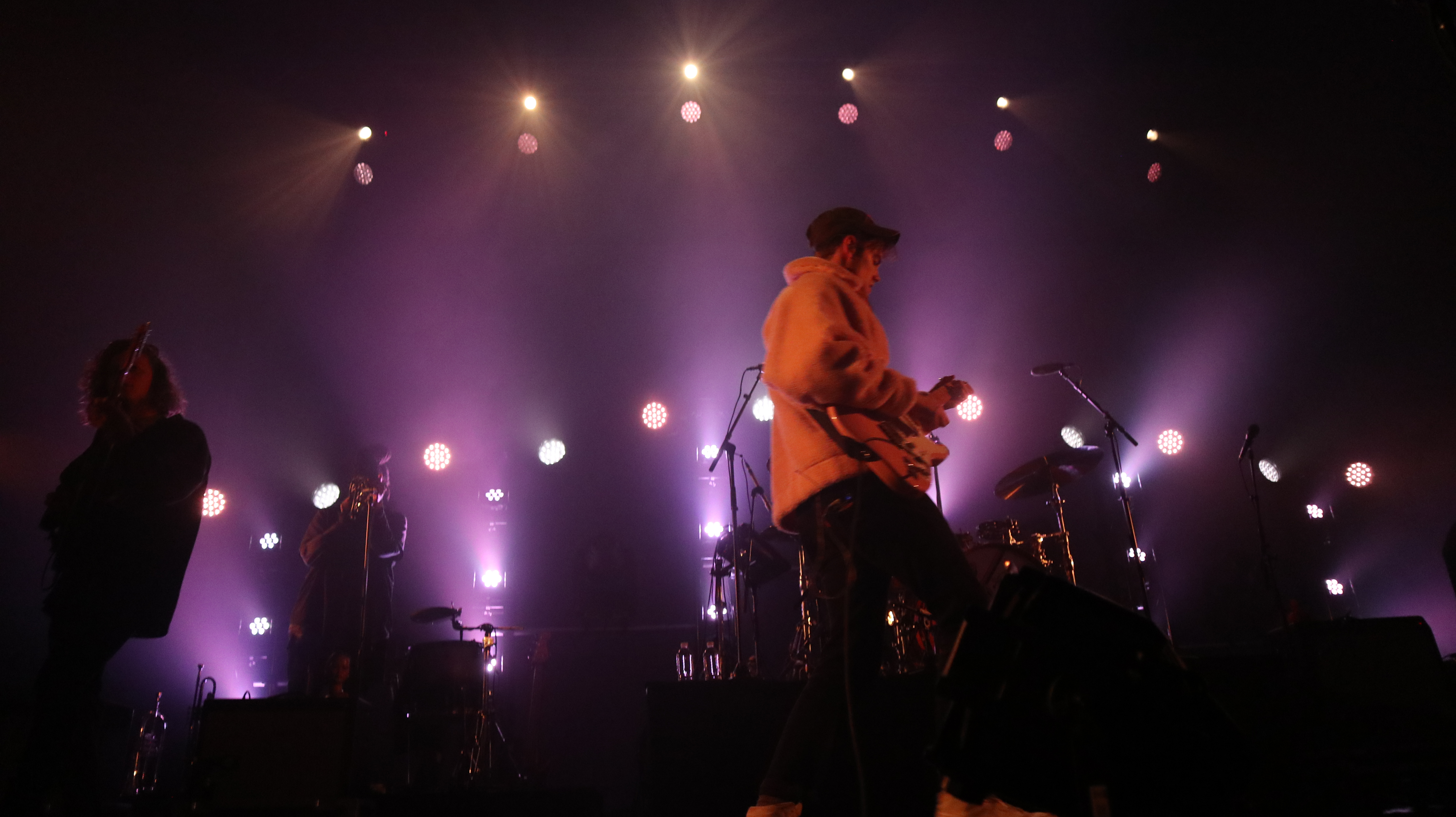 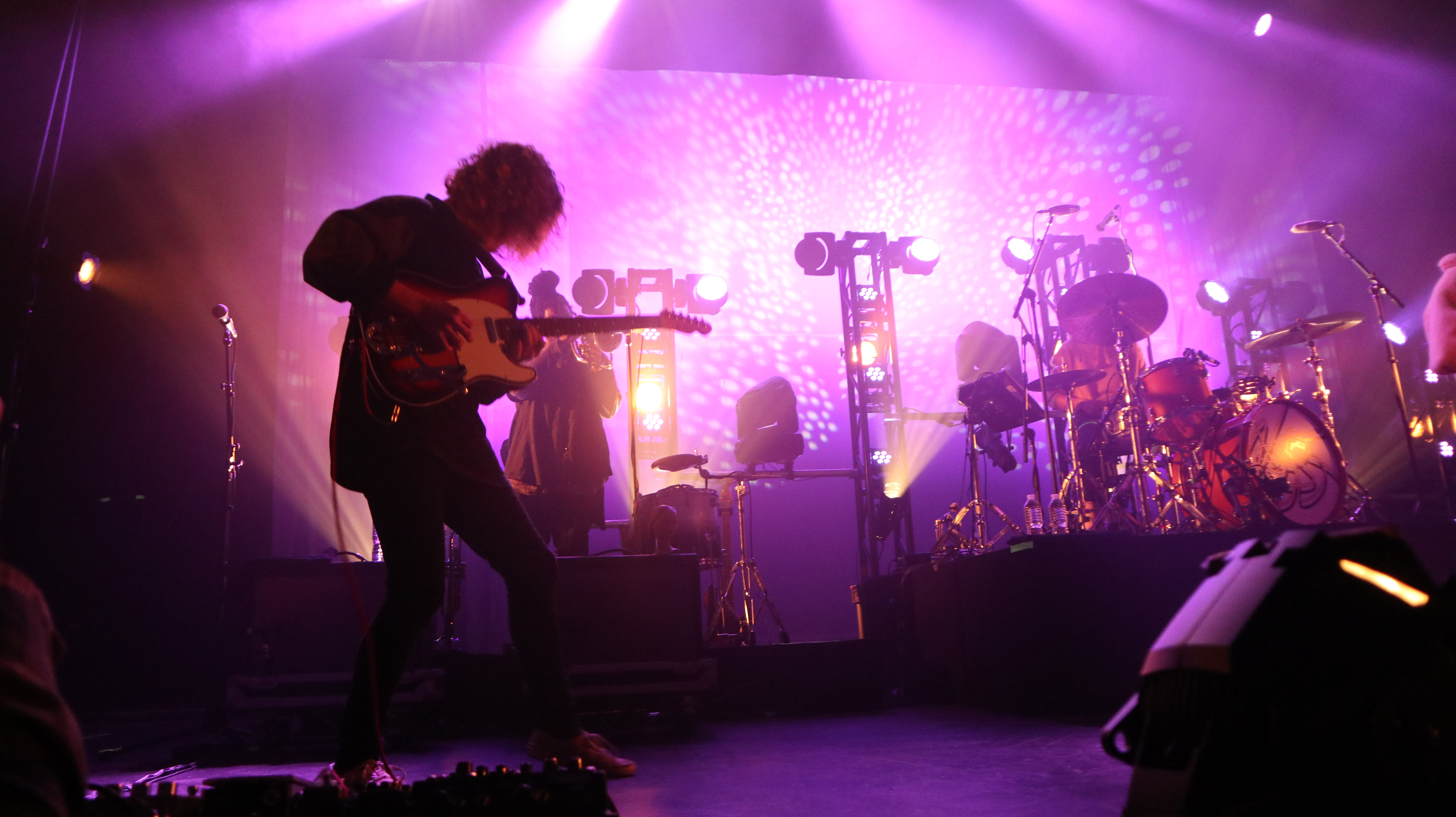