STORRS –  About 500 people of all ages filled the Student Union Theater at the University of Connecticut Wednesday night to gain insight about partisanship in Washington D.C.

Two former United States Senate majority leaders, Tom Daschle (D) of South Dakota and Trent Lott (R) of Mississippi, visited campus and spoke about changes of pace and attitude that they have noticed in the capital in recent years.

Daschle says politicians today think they are in the District to “stand their ground” and that they are not as willing to work together.

“A mentality to stay firm on positions and to not ‘reach across the aisle’ is causing political debates to be the most polarized since the civil war,” Dashchle says. 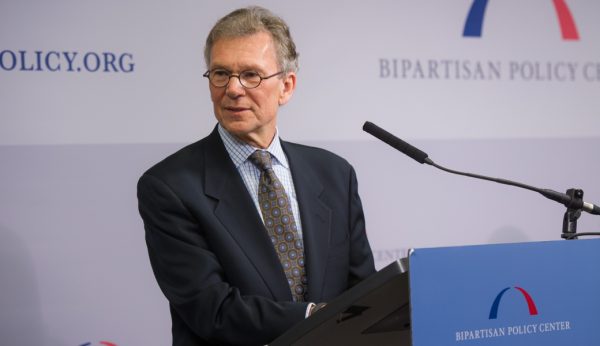 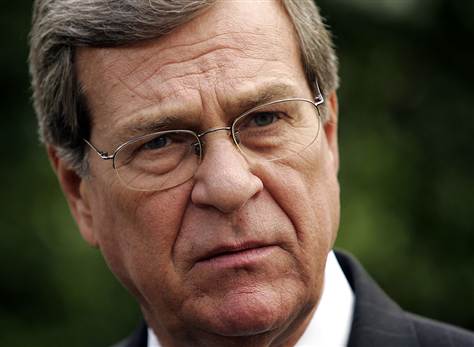 The former senators’ visit comes just days after Sunday’s mass shooting in Las Vegas, Nevada that killed 59 people and wounded more than 489 others.

The shooting is the deadliest in U.S. history and has sparked nationwide controversy and debate over gun control and the Second Amendment. President Donald Trump called the violence an “act of pure evil” during his Monday address at the White House.

UConn President Susan Herbst asks the former senators what congressional debates about gun control would be like in light of the Las Vegas Strip shooting.

Lott talks about members of congress building the conversation around “common sense” and “bipartisan outcomes.” As an example he mentions the 1994  Federal Assault Weapons Ban (AWB), which he says was possible because of joint Republican and Democrat efforts.

Lott goes on to say that “in the aftermath of [the Las Vegas shooting], if they try to take guns [away] nothing will happen at all. It will not be enough to just beef up security.”

Daschle says there would be little to no change in conversations about gun control because the NRA has control over both sides. He says the NRA is powerful because it “has a grip” on politicians through “intensity of the topic (gun control).”

“[Gun control] is some peoples main issue. If you vote wrong on this, you’ll never see them again and you get voted out,” Daschle says “People will join forces with the organization and become a primary runner against you for your district.” Both former senators say Democrats and Republicans need to work together to make legislation, but that those who cross party lines receive criticism and are pressured to stick to their own party.

Lott says it’s important for those in the capital to know when and when not to fight over issues.

Daschle adds on to Lott’s remark about politicians leaving matters for the following generation.

“New talent can recognize issues and will say, ‘This is not working. What can we do better?’” he says.

The event, titled “Overcoming Our Broken Politics in Washington and Across America” was organized as part of the annual Edmund Fusco Contemporary Issues Forum.

The forum gives people in the Storrs-Mansfield area an opportunity to challenge and expand their views on important trending topics. Businesses and individuals provide sponsorship for the event as well.

The Fusco family of New Haven, Connecticut created the forum in 2012 to celebrate their 90th year in business, as well as the 90th birthday of Edmund Fusco.

Daschle says the ‘Republican’ and ‘Democrat’ labels shouldn’t matter and that working toward common good should be more important than bolstering one’s own party.

He adds that we shouldn’t allow challenges to make us give up on issues that matter.

“‘Difficult’ as an excuse is never accepted in history.”

* Editor’s Note: Photographs were prohibited inside the Student Union Theater during the forum. This is why WHUS News could not obtain original photographs at the event. *