STORRS, Conn. – The Hellenic Society PAIDEIA (also known as PAIDEIA) hosted an evening of discussion, music, dancing and dining to promote and raise funds for its one-of-a-kind museum at the University of Connecticut Saturday evening.

Professor Ilias Tomazos – the founder and president of PAIDEIA – is the driving force behind the Spartan Museum’s construction. He says the story of ancient Sparta and its famed General Leonidas is one of the “most beautiful chapters” of Greek history and that the legacy continues today.

“I’d like to tell you that for me, Ilias Tomazos, the people of Sparta are not only great in the ancient period, they are great also today, and I can testify [to] this from my own personal experience.”

The museum will emphasize the history of Sparta and of Greece’s Laconian region in where the city is located. The museum will feature a valuable collection of paintings, a statue of the ancient Spartan general Leonidas and a sculpture depicting the historical Battle of Thermopylae.

Nearly 100 people from the Greek-American community came on Saturday to support the project.

PAIDEIA is a non-profit organization that educates students about Hellenic language and culture through coursework. The organization also hosts year-round study abroad programs to various locations in Greece.

Through vigorous fundraising efforts, Tomazos and his organization have garnered support for the project from many volunteers and donors within the Greek community – primarily the Pan-Laconian Federation of the U.S. and Canada, an organization that promotes Laconian heritage in North America.

Federation President George Marafatsos says it is a “distinct honor” and a “privilege” for his organization to be a part of the museum’s construction.

“It’s dear to my heart because it represents the whole of Hellenism. It also represents what is good in the world… There’s nothing negative in this project. That’s why I feel so proud about it.” Professor Ilias Tomazos (second to right) hosts more than 100 visitors inside the Spartan Museum for a blessing of the grounds. Photo: Darden Livesay

Tomazos works outside for hours almost every day – whether in the freezing cold or blistering heat – to push the construction forward; however, he says he is not alone in the endeavor.

PAIDEIA Vice President Christos Bakes has been working side-by-side with Tomazos on projects for almost 40 years. He says that even though Tomazos is not Spartan himself, his passion for the history is unparalleled.

“Because of his extraordinary love for Sparta, [Tomazos] is better than the [Spartans]. He believes in the history, believes what Sparta offered to the world.”

Tomazos, Bakes and many of their friends with relevant expertise – engineering, plumbing, etc. – have been building the museum together for more than two years. Bakes says the job is being done “with love,” and that the volunteers willingly work for zero pay.

Over the summer, Cummings and a group of 20 athletes went to Greece to fundraise for the Navy SEAL Foundation by retracing the approximately 2,000-year-old footsteps of General Leonidas and his 300 Spartan hoplites from Sparta to Thermopylae.

A map showing the distance between Sparta and Thermopylae. 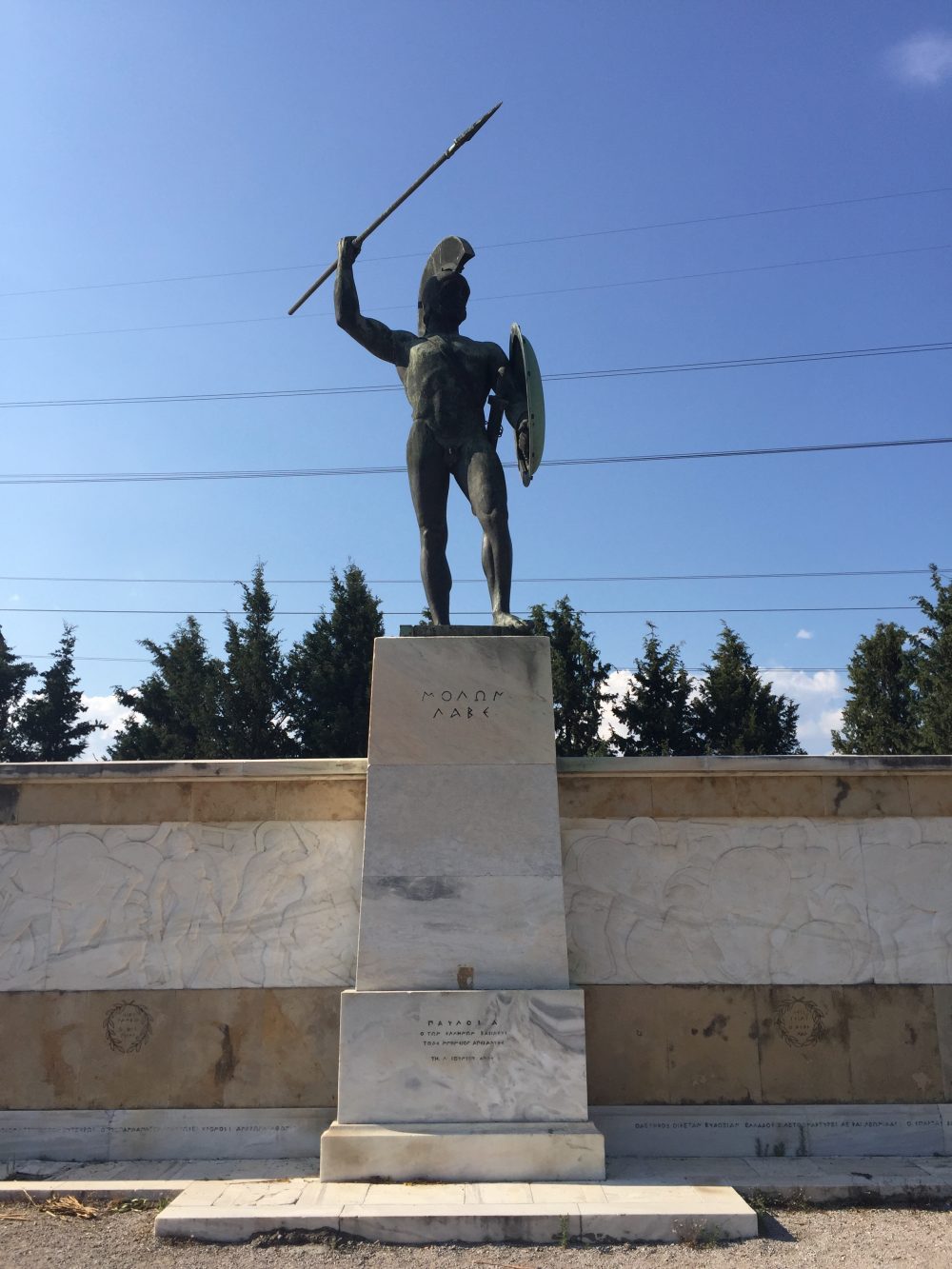 The statue of General Leonidas at the Spartan monument in Thermopylae, Greece. — July 2016 Photo: Darden Livesay

In 480 BC, Leonidas and his unit – also accompanied by 900 Greek helots – went to Thermopylae to fight against the 100,000 to 150,000 Persian soldiers of Emperor Xerxes I that were attempting to conquer Greece.

The team trekked approximately 260 miles of roads and mountains over the span of 8 days to arrive at the historic place where Leonidas and his men made their final stand.

The group included a variety of individuals: Wounded Warriors (wounded veterans), veterans with prosthetics, and a man born without arms and legs. Cummings says they raised around $200,000 for the Foundation.

Cummings says the journey was a “life-changing” event that pushed everyone beyond their limits and also says he commends the Greek people for their outstanding hospitality.

“The Greek people just can’t be nicer. When you’re traveling through their countryside and they’re just feeding you and welcoming you… Everyone seems to endorse the idea of re-tracing those steps.” The Spartan Museum is the last part of a four-part project at UConn that Tomazos and PAIDEIA have been spearheading for decades.

It all began in 1995 with the opening of the Three Hierarchs Chapel – the first Greek Orthodox Church at an American state university. Two years later, PAIDEIA added the Macedonia Educational Building which includes classrooms, several offices, student meeting rooms, a community hall, a library and an exhibit hall. Most recently built in 2012 is the Alexander the Great Amphitheater, the first authentic, classical-styled open air theater in America. 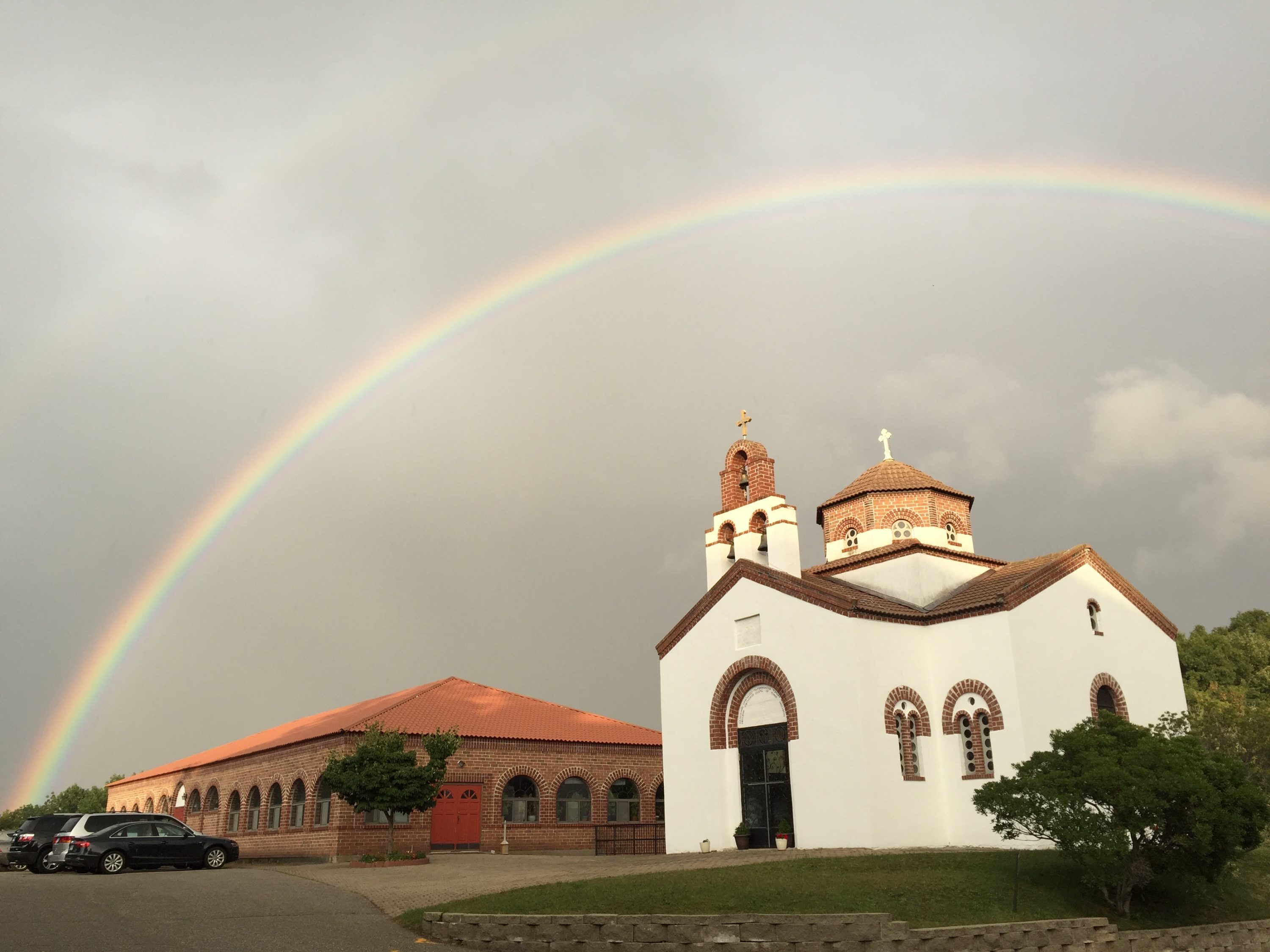 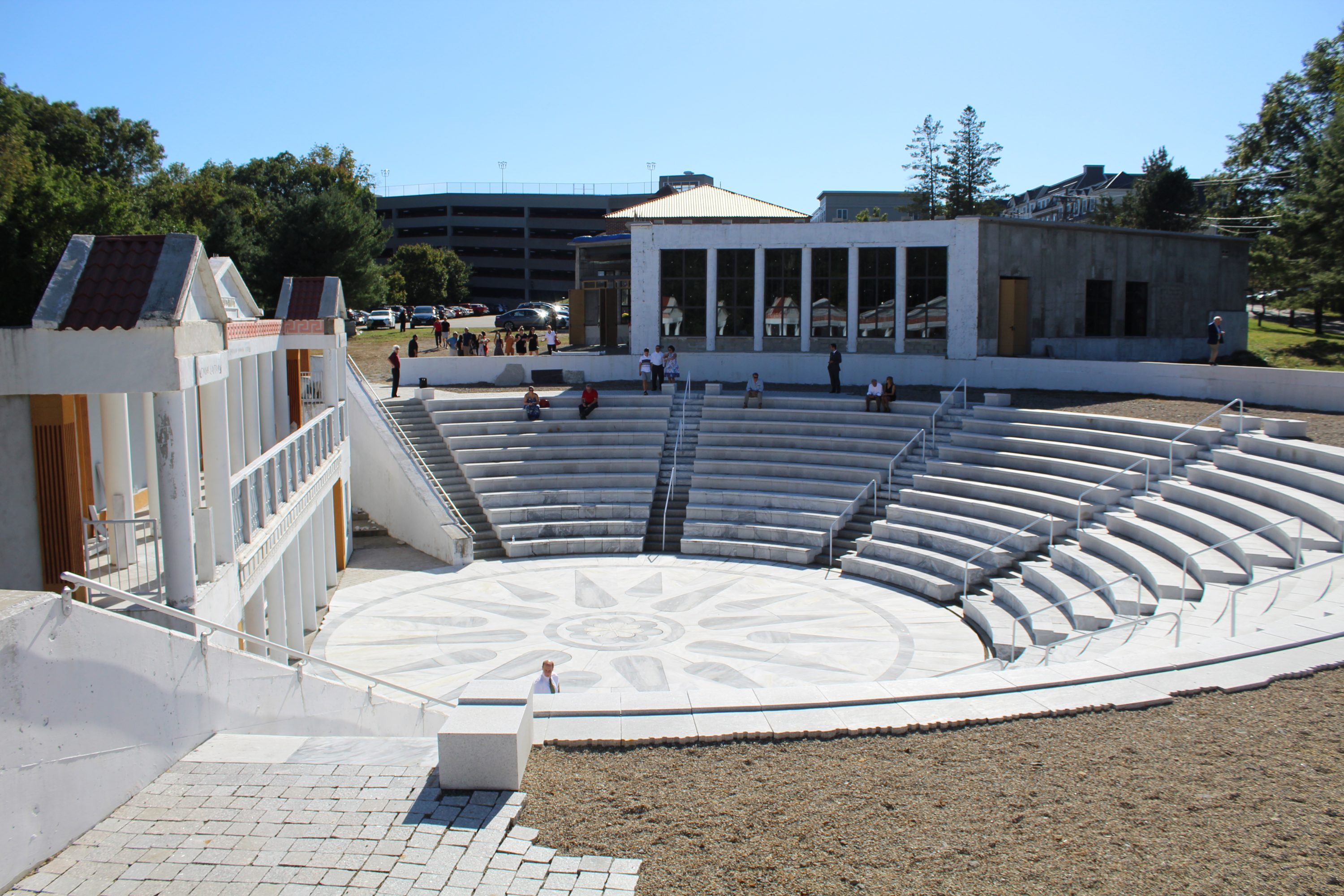 The Alexander the Great Amphitheater next to the Spartan Museum. The museum is still under construction and the official opening date is to be announced. — Sept. 2017 Photo: Darden Livesay

PAIDEIA has completed these projects within the past two decades, but the Greek presence at UConn spans back to 1977, when a group of students founded the Hellenic Student Association and began teaching language and culture classes.

Association President George Anastasas says it is “remarkable” being a part of the student group and having access to a unique cultural center.

“UConn has a lot of other churches, a lot of other cultural centers for other communities, but none of them come close to the site we have here straight off of campus [and] right next to UConn… It’s just amazing that we are able to do all of this in just 30 or 40 years.”

Tomazos encourages people to help finish the job, as he says the museum and similar projects are important for the next generation.

“Try to help us in any way you can, because, for our kids, it’s the future, and we have to do something for our kids.”